Some people are in favor of the idea of doing X. They point out the fact that 支持X 的第一个原因。They also argue that 支持X 的另一个原因。

However, other people stand on a different ground. They consider it harmful to do X. They firmly point out that 反对X 的第一个理由。An example can give the details of this argument: 一个例子。

There is some truth in both arguments. But I think the advantages of X overweigh the disadvantages. In addition to the above-mentioned negative effects it might bring about, X also may X 的有一个坏处。

Many people argue that 错误观点。By saying that, they mean 对这个观点的进一步解释。An example they have presented is that 一个例子。(According to a survey performed by X on a group of Y, almost 80% of them 赞成这个错误观点或者受到这个错误观点的影响)。

There might be some element of truth in these people’s belief. But if we consider it in depth, we will feel no reservation to conclude that 与错误观点相反的观点。There are a number of reasons behind my belief. (以下参照辩论文的议论文写法)。

Nowadays, there exists an increasingly serious social/economic/environmental problem. (X has increasingly become a common concern of the public). According to a survey, 调查内容说明这种现象的情况(或者是一个例子)。

There are a couple of reasons booming this problem/phenomenon. 下面参照辩论式议论文的写法。

X has caused substantial impact on the society and our daily life, which has been articulated(表达)in the following aspects. 参照辩论式议论文的写法。

A dozen of measures are supposed to take to prevent X from bringing us more harm. 参照辩论式议论文的写法。

Based on the above discussions, I can easily forecast that more and more people will ……..

It is obvious in the graph/table that the rate/number/amount of Y has undergone dramatic changes. It has gone up/grown/fallen/dropped considerably in recent years (as X varies). At the point of (接近)X1, Y reaches its peak value of …(多少).

What is the reason for this change? Mainly there are …(多少) reasons behind the situation reflected in the graphic/table. First of all, …(第一个原因). More importantly, …(第二个原因). Most important of all, …(第三个原因).

From the above discussions, we have enough reason to predict what will happen in the near future. The trend described in the graph/table will continue for quite a long time (if necessary measures are not taken括号里的使用于那些不太好的变化趋势).

Some people believe (argue, recognize, think) that 观点1. But other people take an opposite side. They firmly believe that 观点2. As for me, I agree to the former/latter idea.

There are a dozen of reasons behind my belief. First of all, 论据1.

Most important of all, 论据3.

In summary, 总结观点. As a college student, I am supposed to 表决心.

People hold different views about X. Some people are of the opinion that 观点1, while others point out that 观点2. As far as I am concerned, the former/latter opinion holds more weight.

Last but not the least, 论据3.

There is no consensus 一致of opinions among people about X(争论的焦点)。Some people are of the view that 观点1，while others take an opposite side, firmly believing that 观点2。As far as I am concerned, the former/latter notion(观念)is preferable in many senses. The reasons are obvious.

Among all of the supporting evidences, one is the strongest. That is, 论据3。

A natural conclusion from the above discussion is that总结观点。

As a college student, I am supposed to 表决心. 或From above, we can predict that 预测

1)There are three reasons for this.

2)The reasons for this are as follows.

3)The reason for this is obvious.

4)The reason for this is not far to seek.

6)We have good reason to believe that...

例：There are three reasons for the changes that have taken place in our life. Firstly, people’s living standard has been greatly improved. Secondly, most people are well paid, and they can afford what they need or like. Last but not least, more and more people prefer to enjoy modern life.

注：如考生写第一个句子没有把握，可将其改写成两个句子。如：Great changes have taken place in our life. There are three reasons for this. 这样写可以避免套用中的表达失误。

1)It has the following advantages.

3)It benefits us quite a lot.

4)It is beneficial to us.

5)It is of great benefit to us.

例：Books are like friends.They can help us know the world better，and they can open our minds and widen our horizons.Therefore，reading extensively is of great benefit to us.

1)It has more disadvantages than advantages.

例：However, everything divides into two. Television can also be harmful to us. It can do harm to our health and make us lazy if we spend too much time watching television.

1)We cannot ignore the fact that...

3)There is no denying the fact that...

4)This is a phenomenon that many people are interested in.

5)However, that’s not the case.

例：We cannot ignore the fact that industrialization brings with it the problems of pollution. To solve these problems，we can start by educating the public about the hazards of pollution. The government on its part should also design stricter laws to promote a cleaner environment.

2)I prefer to read rather than watch TV.

3)There is a striking contrast between them.

例：Compared with cars, bicycles have several advantages besides being affordable. Firstly, they do not consume natural resources of petrol. Secondly, they do not cause the pollution problem. Last but not least, they contribute to people’s health by giving them due physical exercise.

3)The output of July in this factory increased by 15%compared with that of January.

例：With the improvement of the living standard，the proportion of people’s income spent on food has decreased while that spent on education has increased.

再如：From the graph listed above，itcan be seen that student use of computers has increased from an average of less than two hours per week in 1990 to 20 hours in 2000. 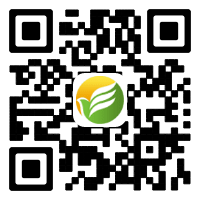